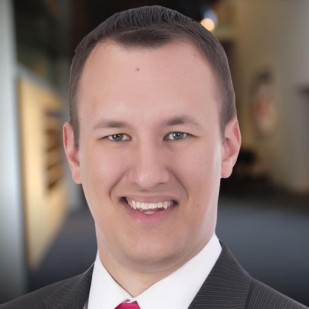 13 fascinating facts about Brett McIntyre:
• I have seen a space shuttle launch in person on the beach in Cape Canaveral.
• I once got ride in a stock car around Daytona International Speedway for four laps at 180mph.
• Once, when I was barely old enough to operate a telephone, after seeing the old show “Rescue 911” hosted by William Shatner, I dialed 911 to see if it actually worked and then hung up. Turns out it really did work, the cops even came to the house!
• I am extremely left-handed. Really, my right-hand is virtually useless, except for bowling which I inexplicably do right-handed.
• I enjoy making my famously spicy chili from scratch with my homegrown tomatoes and SEVEN varieties of peppers, including habaneros.
• In the five combined years I wrote for my high school newspaper and the Iowa State Daily, I covered 2 football coaching changes, 2 basketball coaching changes and an athletic director change. Moral of the story… don’t let me anywhere near your favorite team’s athletic programs.
• I have terrible handwriting and can’t draw my way out of a paper bag.
• I have never been hospitalized and am very rarely sick. In fact, I didn’t miss a single day of school after sixth grade.
• I am a big fan of playing cards, as well as board games.
• I enjoy working on and fixing computers.
• Experienced a glancing blow from Category 4 Hurricane Charley during the summer of 2004 while on vacation in Cocoa Beach, Florida.
• Spent a week during a summer while in high school hiking and climbing mountains outside of Fort Collins Colorado.
• I can’t stand “reality” television.
________________________________________
Meteorologist Brett McIntyre hails from Central Iowa’s Fort Dodge, and joined Channel 13’s First Alert Storm Team in July 2008 after studying for four years at Iowa State University.
While at Iowa State, Brett earned a four-year Bachelor’s Degree in Meteorology and a second four-year degree in Journalism and Mass Communication. During his study of Meteorology, Brett joined fellow students in storm chasing across the state to get in-field experience with Central Iowa’s severe weather.
He also researched and wrote a thesis his senior year on the strength and impacts of atmospheric “caps” on severe thunderstorm and tornadic potential and development in Iowa.
His time at Iowa State also included two internships with Channel 13, one with Channel 13 Sports and another for his entire senior year with Meteorologist Jeriann Ritter, dating his time with the station back to over a year before eventually being hired.
Brett’s taste for storm chasing also had him out chasing storms in northern Iowa on Sunday, May 25th 2008 between graduation and his start at WHO-HD. On that day, his chasing eventually got him on the trail of the storm that produced the devastating EF-5 tornado that leveled portions of Parkersburg.
He was one of the first people into town just minutes after the destruction and helped notify authorities about the severity of the damage and assist where possible in clean-up.
Brett has also attended the Central Iowa NWA’s Severe Storms and Doppler Radar conference in West Des Moines for the past four years. The conference draws meteorologists and emergency managers from across the country and details case studies of significant severe weather events of the past year as well as the latest research and new tools in the field of Meteorology.