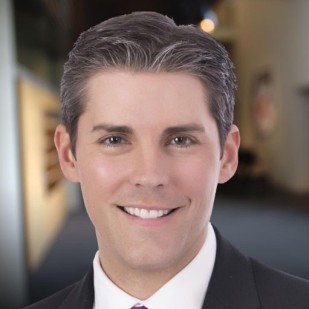 1. My dog’s name is Paul Harvey.
2. I have lived in six towns in Iowa.
3. I can recite every word of the movie, “Christmas Vacation.”
4. Ketchup should be its own food group.
5. @danwinters
6. I have a crippling fear of snakes.
7. My family used to own the oldest hardware store in Iowa.
8. facebook.com/danwinters13
9. I was president of my fraternity.
10. I’ve never voted a straight ticket.
11. I volunteer at a local youth shelter.
12. I had dental bonding to fill the big gap in my front teeth.
13. Have you seen my keys…or my wallet?

Dan Winters co-anchors Channel 13 News at 6:00 and 10:00 p.m. Dan is an award-winning investigative reporter who came to WHO-HD nine years ago as a weekend morning anchor/reporter. Dan was born on a farm near Chariton, IA. He has lived in Marengo, Sioux City, Clarinda, Ames, and now The Des Moines Metro. He began his broadcasting career at age 16 at KMA Radio in Shenandoah, IA. After high school, he worked full-time as a news anchor/editor for KPRC, the CBS Radio affiliate, in Houston, TX. Dan earned an undergraduate degree from Iowa State University’s Greenlee School of Journalism and Communication. While in college, he worked as a reporter for KCCI-TV, covering the VEISHEA riot of 2004. Later that year, Dan was awarded “First Place TV Reporting” at the 2004 Hearst Journalism Awards Championship in San Francisco.

Dan interviewed President Barack Obama and reported on his campaign during the 2008 Iowa Caucuses. His award-winning investigations have resulted in public policy changes. “I really love what I do, and I hope that comes through when people watch,” said Dan. “I feel blessed to get to work alongside Erin, Ed, Keith and all of the talented people behind the scenes each night.” Dan volunteers with Youth Emergency Services and Shelter (YESS) and hosts fundraisers for various charities. He doesn’t let the fact he’s a lousy golfer stop him from trying.