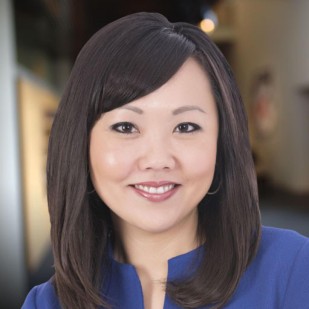 13 fascinating facts about Jannay Towne:
• I have been to 47 of the 50 states. The only ones I haven’t visited are Kentucky, Vermont and Alaska.
• I have my 9 G pin from flying in an F 16 with the US Air Force Thunderbirds.
• I was born in Seoul, Korea.
• I used to sing in talent shows. My favorite songs were “The Rose” by Bette Midler and Frank Sinatra’s ” New York, New York”.
• In college, I was president of my sorority Kappa Kappa Gamma.
• In high school, I qualified for the National Forensic League’s speech competition.
• I took piano lessons for more than 10 years, but can’t play much more than “Chopsticks”.
• I am addicted to caffeine. I need at least a cup every morning to feel awake.
• My first pet was a fish named Sylvia.
• I could live on pizza, french fries and sushi.
• Je parle francais. Translation: I studied French in high school and college.
• My first car was a huge station wagon that seated 9 comfortably.
• I am hooked on Food Network and Bravo (and NBC of course).
________________________________________

She came to Iowa by way of Great Falls, Montana where she was the main anchor. While there, Jannay was recognized with a journalism award for a special report she field anchored during a visit by President Bush. She earned her Broadcast Journalism degree from the University of Montana and still cheers for the Grizzlies.

Jannay is very connected with central Iowa. She currently reads to kids each Thursday through the Everybody Wins mentoring program at Monroe Elementary School, is involved in The Pet Project Midwest which helps Iowans keep their beloved pets at home and out of local shelters through its Pet Pantry and volunteers with Cornerstone of Hope Orphanage.

Jannay is a newlywed. She and her husband have a mini dachshund dog (Haley) and two cats. For vacations, She frequently visits her family in Las Vegas.