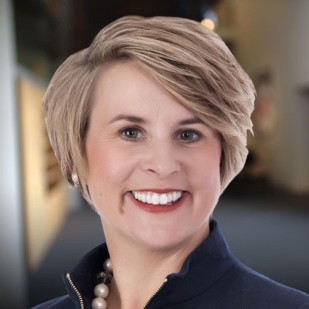 13 fascinating facts about Jeriann Ritter:
• My alarm goes off between 1:30AM-2:00AM each morning. I am not a coffee drinker… just naturally wired.
• I grew up in a town of less than 500 people.
• My first job was walking beans and picking sweet corn.
• The first concert I attended was to see Michael Jackson.
• I was 2nd runner up at the Little Miss Iowa contest where I sang a song from Annie.
• The coolest place I have ever traveled would be the Fiji Islands.
• I met my husband at a pig roast. My best friend set us up and tricked us to going on our first date at the Iowa State Fair. She told him I wanted him to call me and she told me he really wanted my phone number.
• My husband took me to see the Oprah show on Valentine’s Day. We were married around St. Patty’s Day.
• Our son was born on Groundhog Day.
• My favorite drink is a dirty Grey Goose Martini.
• I am the middle child.
• In the 5th grade, I drew a picture of me doing the weather with the NBC peacock logo beside me telling everyone what I wanted to do when I got big.
• Top of my list to do before I die is to attend a U2 concert in Ireland.
________________________________________

Meteorologist Jeriann Ritter keeps you up-to-date and gets you out-the-door prepared with frequent weather updates during Today in Iowa.

I couldn’t be any more excited about being home in Iowa and working at WHO, says Jeriann. It s a great station with the best weather resources in Iowa.

Jeriann came to WHO in 2004 from La Crosse, Wisconsin where she spent the last four years doing weather at WXOW-TV, most recently as their morning meteorologist. She also provided weather forecasts for several radio station there. Jeriann actually started at Channel 13 as a news intern in 1998 and ended up on the payroll as a news reporter.

She earned her Bachelor of Arts in Mass Communications from Buena Vista University in Storm Lake and graduated with the advanced Certificate of Broadcast Meteorology degree from Mississippi State University in 2003.

You can see Jeriann on Today in Iowa…weekday mornings from 5 to 7.