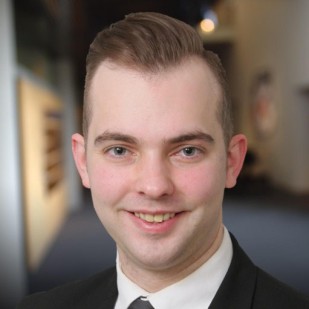 1: I am is a classically trained drummer and have played concert music, pop, rock, blues, swing, jazz, and hip-hop.

2: I’m also a turntablist and love to DJ electronic music along with scratching records.

3: I’m an avid golfer, and have been swinging a club since I was 22 months old. All that experience has allowed me to be able to hit a golf ball 300 yards and still make bogey.

4: I graduated from the University of Maryland’s Philip Merrill College of Journalism and I am a proud Terp in Iowa/Iowa State/UNI land. M-A-R-Y-L-A-N-D Maryland will win!

5: I grew up 45 minutes from Baltimore and grew up idolizing Cal Ripken. One of my fondest childhood memories was getting his autograph during his final season.

5: I’m a die-hard Ravens fan and can do a near perfect Ray Lewis dance impersonation, and aside from being the most feared linebacker in NFL history, it’s pretty convincing.

6: I have somewhat of an obsession with sunglasses.

8: I believe that the Mango is the greatest fruit in the world and I WILL argue about it.

9: I was voted “Most Talented” in high school.

10: My younger sister Olivia is an incredible artist. I generally draw stick figures.

11: I’m a huge fan of USA soccer and part of the American Outlaw fan organization.

12: I’m a bit of a hip-hop connoisseur enjoying the work of Eminem, Lupe Fiasco, Pharoahe Monch, The Roots, and Kendrick Lamar.

Ben graduated from the University of Maryland’s Philip Merrill College of Journalism in 2013 with his degree in Broadcast Journalism, and is proud to have attended college in his home state.