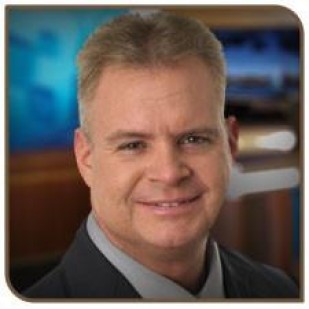 13 Fascinating Facts about Aaron Brilbeck
• I began working in broadcasting as a DJ with a radio station in Syracuse, NY when I was just 14 years old. I started reporting and anchoring news for that same station when I was 16.
• My first car was a 1960 Hearse.
• I’ve been friends with my wife since we were 13 years old, but we didn’t become romantically involved until 10 years later.
• I’ve been a member of the Guardian Angels for the better part of 25 years. Most recently I oversaw patrols for Toledo, Cleveland, Akron and Detroit.
• I taught self defense for 3 years.
• My mother & grandmother raised me.
• In college, I took an interpretive dance class—and failed.
• I’m an avid motorcyclist.
• I taught college broadcast journalism for a year.
• I am deathly afraid of spiders.
• For several years I volunteered as a ghoul in a haunted house to benefit the Make A Wish Foundation.
• I’ve been shot at—twice.
• I hate onions!
Aaron Brilbeck came to WHO-DT in November 2009 and is a reporter for Channel 13 News at 5, 6, 9 and 10.

Aaron came to Iowa from Toledo, Ohio where he reported and anchored for WNWO, the market’s NBC affiliate and reported for WSPD Radio.

Prior to Toledo, Aaron worked as a reporter at WXXA-TV and WGY Radio in Albany, New York from 2000 to 2005. He has B.A. degree in Communications from SUNY Potsdam and an A.A.S. degree in Broadcast Journalism from Onondaga Community College.