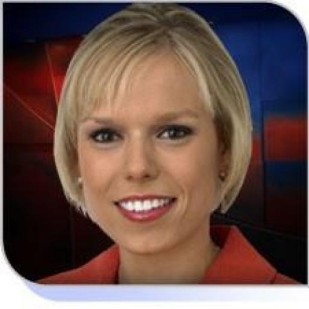 13 fascinating facts about Emily Carlson:
• I am the biggest and best bargain shopper around. I get a huge rush when I find a good deal!
• You don’t want to run into me before I have my morning coffee. I can be a crab. I’m a caffeine addict!
• Like a true Minnesotan, hockey is my favorite sport. I love the Minnesota Wild, but you can also find me at Iowa Chops games. I like when the players duke it out  and of course, you can’t miss the Pork Bellies  those guys know how to dance!
• Don’t underestimate my sports knowledge. I may be blonde, but I know my stuff. I watch SportsCenter EVERY night.
• I am the BIGGEST Minnesota Twins fans you will ever meet. I am a good luck charm  when I go to the Metrodome, the Twinkies win about 80 percent of the time. I also have a secret crush on catcher Joe Mauer.
• If I weren’t a reporter, I would be a figure skating coach. I skated competitively for 12 years, and am a gold medalist, the highest level and honor in the sport.
• I lived in London for a stint and would secretly like to be European.
• I have never broken a bone, gotten a cavity, or stayed overnight in the hospital  knock on wood!
• My favorite place in the whole world is a tiny hole in the wall Crepe restaurant off the San Michelle in Paris. Nutella and coconut crepes fresh off the grill have to be my favorite food ever! My second favorite – sushi. I’m a regular at Miyabi 9 in the East Village. Get the Spicy Tuna rolls. YUM!
• I LOVE sleeping in  although I rarely get the chance!
• My favorite singer EVER is Bruce Springsteen. I’ve seen him 4 times in concert.
• I went to Catholic school for 16 years and try to get to church every week.
• If I won a million dollars in the lottery I would travel around the world. My top three stops – the Great Wall in China, the pyramids in Egypt, and the Tsukiji fish market in Tokyo.
________________________________________

Emily Carlson joined Channel 13 News in July of 2008 as a reporter.

Prior to Channel 13, Emily was freelance reporter in California. She also reported and anchored at reporter and fill-in anchor at WICD-TV in Champaign, IL, KEYC-TV in Mankato, MN and was State Capitol intern for KSTP-TV in Minneapolis in 2005.

Emily earned her degree in Broadcast Journalism and English at the University of St. Thomas in St. Paul, MN.

“Des Moines is a great city full of friendly and very helpful people,” says Emily. “I love being back in the Midwest after living in California. I am a Midwest girl.”

Emily is from Minneapolis but has strong Iowa ties. Her dad went to Dowling High School, her uncle lives in West Des Moines, and her cousin goes to the University of Iowa.

“I come from a family of journalists,” Emily continues. “My grandfather owned a newspaper in a small town in Minnesota, my mom worked in real estate and business magazines for years, my uncle is a television anchor in Cedar Rapids, and my brother is studying journalism at the University of Kansas.”

Emily is addicted to Netflix and Starbucks coffee and is a die-hard Minnesota Twins fan. She’s also an avid reader recently completing the 6th Harry Potter book and Life and Times of the Thunderbolt Kid. Emily also enjoys running and yoga.

Prior to television, Emily was a gold-medalist figure skater competing nationally for 13 years.