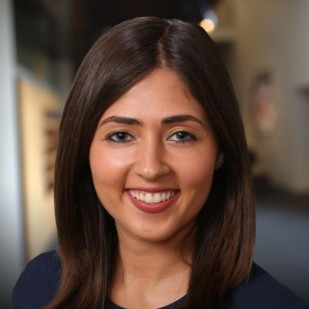 1. My first language was Greek. If you couldn’t tell by my last name, I am 100 percent Greek.
2. As a cook, I have never used a recipe and taste as I go.
3. I am from Chicago and love the Cubs.
4. If you ask me, the best style of pizza is deep dish.
5. I am not a coffee drinker, but enjoy a nice cup of tea every once in a while.
6. I was a dancer and cheerleader in high school.
7. One of my all-time favorite movies is The Devil Wears Prada.
8. I have a green thumb.
9. My fifth grade yearbook says “When I grow up I want to be a reporter or anchorwoman.” That dream came true.
10. If I wasn’t in the news business I would want to be a teacher.
11. I graduated from the University of Missouri School of Journalism with a degree in Broadcast Journalism. MIZ!
12. I have a younger brother who sends me a minimum of three dogs videos a day.
13. You name the TV show and I’ve most likely seen it. If I haven’t, it is probably on my list of shows to watch next.

Multimedia Journalist, Christina Salonikas, joined the WHO Channel 13 News in July 2017 after graduating from the University of Missouri Journalism School with a degree in Broadcast Journalism. In addition to her degree, Christina also has a business minor and multi-cultural certificate. During her time at MU she worked for the NBC affiliate KOMU 8 News in Columbia, Missouri as an anchor, reporter and producer.

Christina grew up in the northern suburbs of Chicago. She is excited to live in Des Moines and watch some minor league Iowa Cub games. Christina is also excited to explore what this new city has to offer. Christina covers a variety of stories, with an emphasis on education. You can contact her by email at christina.salonikas@whotv.com, “Like” her on Facebook, Twitter and Instagram @csalonikas.