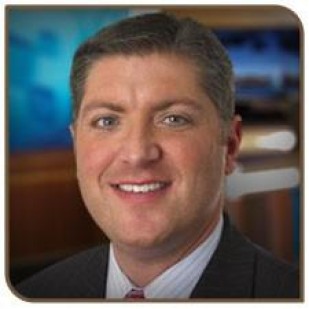 13 fascinating facts about Pat Dix:
• I’m the youngest of 32 grandchildren… on my Dad’s side.
• My wife’s given name is Sarah Elizabeth… my parents were convinced I was going to be a girl and had only picked out a girl’s name for me… Sarah Elizabeth.
• I got into radio/TV after my basketball career stalled in High School.
• I can no longer stand to eat bananas, pudding, applesauce and jello because I ate too much of it as a kid, but I can eat the same thing for breakfast every day as an adult and not get tired of it.
• I graduated 437th of 673 people in my high school class and do not make a list of notable alumni. That list includes: President Obama’s Chief of Staff Rahm Emanuel; actors Adam Baldwin, Ann-Margret, Charlton Heston, Rock Hudson, Virginia Madsen, Charlotte Ross and Rainn Wilson; Fall Out Boy guitarist Joe Trohman and bassist Pete Wentz; and former U.S. Secretary of Defense Donald Rumsfeld.
• I grew up where John Hughes shot most of his best movies… Ferris Buehler, Breakfast Club, Weird Science, Risky Business, Sixteen Candles, Home Alone, Uncle Buck.
• I have taken several dream vacations but one of the most memorable was to Scotland with my Dad and Uncle to play some of the greatest golf courses on the planet.
• I played Harold Hill in my high school production of “The Music Man” and never thought I would actually live in Iowa, and yes… I can still do the “Trouble” monologue.
• I was the second best triple jumper on my high school track team.
• I invented a drink called… “The Flaming A” by mistake.
• I’ve boarded a US Navy Destroyer from a rope ladder while the ship was moving.
• My favorite interview I’ve ever conducted was actor Hal Holbrook. I asked one question and an hour later he ended a diatribe about society with “Get real Geel!” I said thank you and turned the camera off and I still don’t know what that means.
• My sons are Sons of the American Revolution (on my wife’s side!), with papers and all to prove it.
________________________________________

After attending the University of Missouri School of Journalism, he started his career reporting in chilly Duluth, Minnesota. His second job brought Patrick back south to his home state of Illinois where he anchored and reported for NBC affiliate WEEK-TV in Peoria. Patrick has been recognized for outstanding reporting with awards from The Society of Professional Journalists and the William Randolph Hearst Foundation. Patrick Dix joined Channel 13 News in February of 1999.

The TV news bug runs in the family. Patrick’s oldest brother is the director of Chicago’s WGN-TV morning news, and his grandfather spent his career in radio and television in Minneapolis and Chicago.

When he’s not in the newsroom, Patrick is usually swinging a golf club. He also enjoys reading, listening to Frank Sinatra and fly-fishing. Patrick married his wife Sally in 1999 and lives in Des Moines.