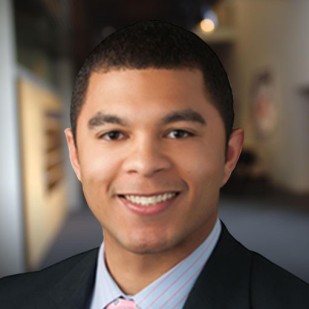 Born and raised in St. Paul, Minnesota, Justin has always had an affinity for communities with a diverse population. The opportunity to be chosen as a captain and lead his collegiate football team at the University of Northern Iowa to a national championship game provided him with invaluable experience in leadership and teamwork, while having the chance to play in the NFL added an ability to perform under some of the most stressful and high pressure situations.

His enthusiasm for reporting began when he was a sports intern at WCCO in Minneapolis. During that time, he was able to witness a large metropolitan newsroom in action. Seeing important issues resolved within the community pushed him to switch from sports to news.

Justin joined WHO-TV in July of 2015. In 2016 his detailed coverage of uncontrolled intersections won an Eric Sevareid award for general reporting from the Midwest Broadcast Journalist Association.

Before joining WHO-TV, Justin was a weekend evening news anchor and reporter at WIBW-TV in Topeka, Kansas. During his four year stop in the Capital City he contributed live reports in three Heartland Emmy Award winning newscasts, including one where he provided live reports for 11 hours after two police officers were shot and killed. He has also won a Kansas Association of Broadcasters award for in-depth reporting.

Justin considers it an honor to work in a place with a reputation for delivering in-depth and award winning news in the Des Moines area. He is always looking for a good story idea. Email him or just say hi at Justin.Surrency@whotv.com

13 Facts about Justin
1. I was a co-captain on the 2005 National runner-up Northern Iowa Football team.
2. My favorite song is When doves cry by Prince, who I’ve seen twice in concert.
3. I have played professional football with the Seattle Seahawks and Minnesota Vikings.
4. In Topeka, Kansas I received an honor from the Topeka Police Department for reporting.
5. In 2015 I was inducted into my high school athletic hall of fame. Go Concordia Academy Beacons!
6. My favorite food is Lasagna -I am the only one in my family who dislikes watermelon…Yuck.
7. I have a very cute Yorkie-Australian Shepherd mixed dog named Cooper.
8. Every Christmas I have to listen to “Santa Claus is coming to town “by the Jackson 5.
9. My mom is a strong survivor of breast cancer. Go mom!
10. When I worked in Topeka, Kansas I covered Game 7 of the 2014 World Series.
11. I won two bicycles growing up and both were stolen from me.
12. I grew up in St.Paul, Minnesota and love a good cheesy hot dish.
13. My guilty pleasure would have to be Haribo Gummy Bears.