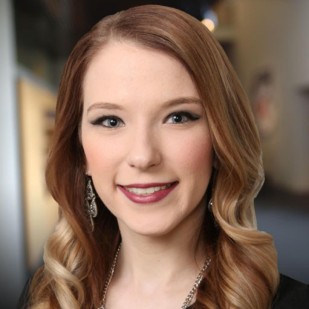 13 Fascinating Facts About Me:
1. I have a three year old brown and white mini rex rabbit named Lucy. She loves to play with noisemakers and cardboard boxes.
2. I am a Midwest girl from St. Louis, Missouri and love to visit my family there whenever I can.
3. I decided I wanted to be a journalist when I was a junior in high school and was told I had to choose where I wanted to go to college. I ended up going to the University of Missouri- Columbia where I majored in Broadcast Journalism and graduated a semester early.
4. As a part of the program at Mizzou, I worked for the NBC affiliate, KOMU, in Columbia for two years. I had a chance to do everything there– reporting, anchoring, producing and training younger students.
5. While pursuing my degree in journalism, I also minored in black studies. I took a history class called “The Freedom Movement” and was inspired to continue taking classes in the black studies department. As a journalist, I felt it was my duty to learn more about the history and culture of all people in our country so that I could give a voice to the voiceless no matter their race or gender.
6. If I wasn’t in the news business I would be an event planner or hairstylist.
7. I love snow skiing. It is my sport of choice, but in high school I ran track, cross country and was a cheerleader, because let’s face it– Missouri isn’t exactly a mountainous state.
8. Throughout my life I have been very interested in art, theater and music. There was one point in high school where I wanted to be an artist and on broadway. Now, I sing whenever I get the chance and favor DIY projects and making wreaths over classical forms of drawing and painting.
9. In my spare time, I love to catch up on some of my favorite shows including Scandal, House of Cards, Gilmore Girls, Game of Thrones and The Crown.
10. I also love shopping and browsing fashion magazines. At one point I even wanted to go to school for fashion management.
11. I love listening to all different kinds of music; anything from indie rock to rap.
12. On my second day at WHO I got to feed one of my favorite animals, a red panda, at Blank Park Zoo.
13. I feel like I did something wrong if I didn’t start my day with coffee.

Multimedia Journalist, Laura Barczewski, joined the WHO Channel 13 news team in March 2017 after graduating from the University of Missouri Journalism School with a degree in Broadcast Journalism and minor in Black Studies. During her college career, she worked at KOMU 8 News in Columbia, Missouri as a reporter, anchor, and producer and spent three months in Washington D.C. as a digital content producer for WUSA 9. She fell in love with telling stories at a very early age, which lead to her pursuit of a career in journalism.

She grew up in St. Louis, Missouri and always wanted to leave until college was over and she had to decide what city to call “home” next. Even though Des Moines is not St. Louis, she has quickly grown to like the city and people she has met so far. She is excited to explore even more restaurants and parks in Des Moines to make this city “home” for a little while. To keep up with her on her journey follow her on Instagram, Twitter and Facebook @LcBarczewski.