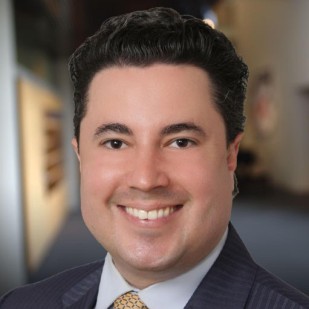 1. I attended the last two concerts Michael Jackson ever performed in his life. The Michael Jackson 30th Anniversary concerts were held at Madison Square Garden on Friday, September 7th, 2001 and Monday, September 10th, 2001. Michael reunited with his brothers “The Jacksons” for the first time in nearly 20 years, and performed with Britney Spears, NSYNC, and guitarist Slash. Usher, Luther Vandross, Whitney Houston, and Destiny’s Child performed tributes at the shows. Chris Tucker, Marlon Brando, and Samuel L. Jackson were among the presenters. I had floor seats, and sat behind actor and singer David Hasselhoff and rapper Slick Rick.

2. Before attending the 1st concert on Friday, September 7th, I appeared on MTV’s hit show Total Request Live (TRL) , and introduced a music video: “Where the Party At” by Jagged Edge featuring Nelly.

3. After attending the 2nd concert and staying at a hotel that night, I was stuck in NYC the following day on Tuesday, September 11, 2001 (as all transportation in and out of the city was shut down in the wake of the terrorist attacks on The World Trade Center that had happened that morning) and while at a payphone calling my family, I had a chance meeting coincidentally with a person who I had just met on a bus ride into NYC the day before. The two of us then spent the day wandering the streets of NYC trying to find a way out of the city, until finally transportation opened back up that night. That person (Collins Pennie) went on to become a famous actor who has starred in such movies as “Fame”, “Prom Night”, “Stomp the Yard: Homecoming” and “In Time,” with Justin Timberlake and Beyonce’s music video “Run the World (Girls) .”

4. I have been in a couple of movies myself: as an extra. I was an extra in the movie “Bleed for This” which is based on the inspirational story of World Champion Boxer Vinny Pazienza. The movie was directed by Ben Younger and stars Miles Teller, Aaron Eckhart, Katey Sagal, and Ciarán Hinds. I was also an extra in the movie “Joy” which is inspired by the life and times of inventor and entrepreneur Joy Mangano, who is the creator of Ingenious Designs with over $1 billion in sales. The film is written and directed by David O. Russell and stars Jennifer Lawrence, Robert De Niro, and Bradley Cooper.

5. I was the first person to ask Barack Obama if he thought the country was ready to elect its first black president. I was working as a News Writer at WHDH-TV Channel 7 News in Boston at the time, and I was given the assignment of field-producing the then Senator’s first ever visit to the influential primary state of New Hampshire in December of 2006. Buzz had reached a fever pitch that Obama would soon announce a presidential candidacy (he did so less than two months later). Thus, the national media followed Obama’s visit to NH, as it was seen as him testing the presidential waters. The question I asked was as follows: “Senator, race is still very much an issue in America today, we saw during the Harold Ford campaign in Tennessee that race came to the forefront. Do you think that America is ready to elect its first black president, and if you do think so, can you please explain your reasoning?” The answer the Senator gave me was used as sound bites in reports from every major media outlet in the country. That night, CNN’s John King reported on how Obama answered my question, as did Fox News’ Carl Cameron. The Associated Press also reported on it. NBC sent out four sound bites on their news feed from the entire press conference; three of them were from the answer Obama gave to my question. It was the first time anyone had ever publicly and directly asked Barack Obama, (then the nation’s only black Senator), if he thought the country was ready to elect a black president. Obama’s answer to the question I asked got major play in political talk shows, and print reports as well.

6. In November of 2011, while working as a Reporter for Kiii-TV 3 News in Corpus Christi, Texas I was selected by the Texas Farm Bureau for an “Excellence in Journalism” award. The award is given annually to three Texas Journalists who have done outstanding work in telling the story of agriculture and of farm and ranch families.

7. My sister works for a Celebrity Marketing Company in Boston that works closely with Professional Athletes and Actors and Musicians. How do you like them apples? She’s always at the Gahden and Fenway Pahk. She’s like wicked smaaht there kid. Did you catch the Boston accent there Chief?

8. While playing on the St. Roberts travel basketball team in the 6th grade, I scored in the wrong basket. It was the first game. I was nervous. What are you gonna do?

9. I won many free throw shooting competitions as a young man playing basketball.

10. The first home run I ever hit was at my last at bat in little league. I had been swinging for the fences all season long as a 12 year-old, with no luck. Then during my final at bat, during the final game of the all-star portion of the little league season, in the bottom of the 6th inning, when I wasn’t even trying, I finally hit a home run. My cousin George, who was standing on the other side of the fence in left field, caught the ball after it cleared the fence and gave it to me to keep as a souvenir.

12. In 1999, I came in 2nd runner up in the Mr. Andover High School Contest (Mr. AHS), after performing Michael Jackson’s “Billie Jean” based on the famous Motown 25 performance in which Michael Jackson debuted the moonwalk. While in high school I also sang in the choir. The most talented member of that choir was Martin Johnson who later went on to become the lead singer of the famous rock band “Boys Like Girls.”

13. I grew up in Andover, which is where Jay Leno grew up. I met him when he came back to his hometown while he was promoting his autobiography “Leading with My Chin.” I was a quarterback in the local Andover Junior Football league at the time and the line was so long at the bookstore where Leno was signing copies of his book, that after going to the store before the game and realizing the line was too long, I then went and played an entire football game, and then returned after the game to then wait in line another hour before getting my picture taken with the then Tonight Show host, and getting my autographed copy of his book.

From July of 2007 to December of 2008 Mike worked as a General Assignment TV News Reporter for KECI-TV in Missoula, Montana (the NBC affiliate). On just his first day on the job at KECI-TV (when he was technically training and shadowing another reporter) he landed an exclusive interview with embattled former University of Montana Grizzlies cornerback Qwenton Freeman. It was the first time Freeman had broken his silence, and spoken to anyone in the media about his being thrown off the football team, his two arrests in one week for charges of disorderly conduct outside a downtown Missoula bar, & assaulting his girlfriend outside his University apartment, & allegations he had witnessed his teammate, Jimmy Wilson, murder a man in the Los Angeles area. During his time at KECI, He also reported extensively on the 2008 Presidential election and covered historic campaign visits to Montana by Bill Clinton, Hillary Clinton, and Barack Obama. He also landed an exclusive interview with Texas Congressman and then Republican Presidential Candidate Ron Paul, and reported extensively on Montana Governor Brian Schweitzer as well as Montana’s congressional delegation, including then Senate Finance Committee Chairman Max Baucus.

During his time at KECI, he also covered a wide range of other news stories: from crime to education, to local government issues, to consumer and economic issues, to wildfires (including the “Black Cat Fire” for which the station was nominated for an Emmy award at the 45th Annual Northwest Regional Emmy Awards in Seattle), to human interest stories, and including breaking news. He also did special reports on the University of Montana Grizzlies football team and their troubles with the law off the field, as well as the impact of the No Child Left Behind Law on the education system in Montana.

After working for KECI-TV (the NBC affiliate in Missoula, Montana) for a year and a half, Mike headed back to Massachusetts, and created his own Boston area themed video blog. He covered events for the blog ranging from the historic death of Ted Kennedy and the subsequent public outpouring of support for the Kennedy legacy at the JFK Presidential Library and Museum in Dorchester, to the politically earth shattering election victory of Scott Brown over Martha Coakley to replace the senate seat vacancy left by Kennedy’s death, to Charles Gibson anchoring ABC’s World News Tonight atop a parking garage next to the Hard Rock Café in Boston, to Sarah Palin headlining a Tea Party Rally on Boston Common, to an eye-opening panel discussion at UMass Boston on Minorities in the Media featuring WHDH’s Frances Rivera and NECN’s Latoyia Edwards. Covering these and other events for his blog taught Mike how to use new media platforms and technologies such as youtube, blogger.com, and facebook to create buzz on the web, and connect with a large, interactive, and social media savvy audience.

From 2010-2014 Mike worked at the ABC affiliate in Corpus Christi, Texas. Mike was also the first reporter in the mark to break and cover the eagle ford shale story, and the economic prosperity the drilling and fracking for oil and natural gas promises South Texas and beyond as well as the challenges and demands that its growth puts on its affected communities. Mike also led the coverage in South Texas on the illegal gambling problem of 8 liner gamerooms; a major issue in the market. Mike covered extensively the issue of illegal immigration and the smuggling of contraband across the border, as well as the gang related violence that plagued the area. Mike’s beat in South Texas was covering a 12 county area known as “area 3.”

Mike is happy to go from the cotton fields of South Texas to the cornfields of Iowa, where he sees fields of opportunity before him. He’s mindful of the classic movie “Field of Dreams” where Ray Liotta’s character asks “Hey! Is this Heaven?” and Kevin Costner’s character responds, “No, It’s Iowa!”