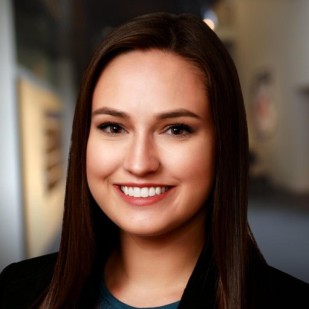 1. I have a pet bearded dragon named George. He, unlike me, loves to eat kale. See facebook.com/mlisignoli for cute pics.
2. I was born and raised in Chanhassen Minnesota and saw Prince twice in concert and once at the grocery store buying donuts.
3. One time Bill Clinton accidentally hit me in the face and knocked my glasses off. See my twitter @MLisignoliTV for photo evidence.
4. In middle school, I “anchored” the school’s morning announcements.
5. In high school, I placed second in the nation in a National Forensics League speech competition.
6. In college, I was a member of the student run broadcasting club ISUtv. Surprisingly, eight of us now work at WHO.
7. I graduated with a degree in Journalism and Mass Communication from Iowa State University with a double minor in Psychology and Women’s Studies.
8. I’ve met and interviewed Iowa’s sweetheart Ashton Kutcher.
9. I am not much of an athlete but I have a passion for yoga. Namaste.
10. I have three younger siblings.
11. My go to karaoke song is “I Want It That Way” by the Backstreet Boys.
12. I took piano lessons for eight years, and you would never know by hearing me play.
13. I could live off pizza and sushi.

Multimedia Journalist, Maria Lisignoli, joined WHO Channel 13 News in January 2018 after graduating from Iowa State University with a degree in Journalism and Mass Communications. In addition to her degree, Maria has a double minor in psychology and women’s studies. During her time at ISU she was a member of the student run broadcasting club ISUtv and worked as Executive Producer, anchor and reporter. Maria worked as a part time weekend reporter at KCCI 8 News in Des Moines for almost a year in 2017, she is happy to still be in the same city with her former co-workers so she can see them in the field and outside of work.

Maria grew up in Chanhassen Minnesota and has really enjoyed living in Iowa for the last six years. She is starting to call Iowa home! Maria covers a variety of stories, if you have a story idea contact her by email or on social media.