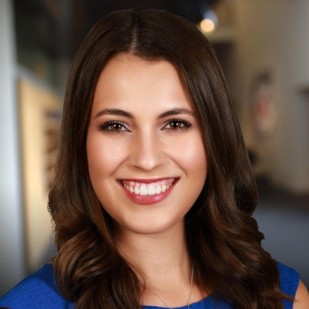 1. I’m a desert child, born and raised in Phoenix, Arizona. The Des Moines mountain lion doesn’t scare me, but winter does.
2. I‘ve made it to the Grand Canyon, but not Antelope Canyon or Horseshoe Bend…a bit of a sin for native Arizonans.
3. I love traveling. I studied abroad in northern Italy and visited 6 countries in one month. Next on my bucket list is Asia!
4. Sadly, I’m not related to shoe designer Steve Madden or NFL coach/announcer John Madden. But in grade school I convinced my PE coach John was my uncle and it got me out of running the mile one day.
5. I did go on to run track in high school. Ran middle distance and pole vaulted. Quit my second year when it conflicted with musical rehearsals. Sports aren’t my thing.
6. My college friends called me “musical Monica” due to how often I randomly break into song. I’ve been doing musical theatre since middle school, and did competitive singing in high school.
7. My grade school teachers called me “motor mouth Monica” due to how often I talked.
8. I’m the type of person who will cross the street just to pet a cute dog I see.
9. I am the oldest of 3 (a brother and a sister) and have the disposition to show it.
10. Prior to this career path, I wanted to be a Broadway actress, a lawyer, a teacher, first female POTUS…I have a LOT of interests.
11. My family name was O’Madden before my ancestors came to Ellis Island. I’m mostly Irish & German, but have a bit of Native American in me too.
12. I can’t go to sleep without white noise and a sleep mask.
13. I’m a huge music junkie. Pretty sure Elvis was my first crush but my top favorites include Fleetwood Mac, Elton John and The Rollings Stones.

Monica Madden joined WHO-TV as a reporter and anchor in June 2019, after graduating from the University of Missouri with a degree in Broadcast Journalism and minor in Business.

During Monica’s time at Mizzou, she worked as a reporter, anchor and digital producer at the local NBC-affiliate, KOMU 8 News. On campus, Monica was involved in lots of extracurricular, including Mizzou Off Broadway, the Student Suicide Prevention Coalition, and various leadership roles in her sorority.

She was always keen on politics, but truly caught the bug after spending a semester in New York interning at NBC for Andrea Mitchell Reports. She looks forward to covering the Iowa legislative session and learning more about Iowa politics.

Monica grew up in Phoenix, Arizona, but that doesn’t mean she hasn’t fallen in love with the Midwest its people.

Monica mostly covers politics, but is always open to a good story regardless of the topic. If you have story ideas, email Monica or connect with her on social media; Twitter, Instagram and Facebook: @themonicamadden