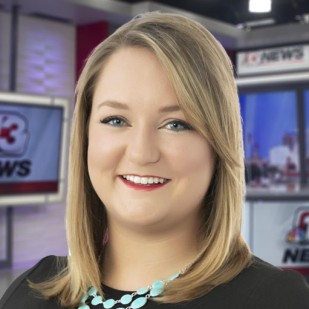 13 Fascinating Facts about Me:

2) I have two wonderful pets. I have a chocolate goldendoodle puppy named Stella and a cat named Meeko who is named after the Minnesota Wild’s Captain Mikko Koivu. Go Wild!

4) I am a born and raised Green Bay Packers fan. My brother and I didn’t have much of a choice; in fact, he was named after Brett Favre. But I’m not complaining. GO PACK GO!

5) I was born in Champaign, IL in the middle of a tornado. That’s why to this day I believe I’m terrified of them.

6) I am named after my mother’s maiden name. When I was younger, I couldn’t comprehend why my uncle’s last name was my first name.

7) My mom, dad, and brother are the only blood relatives I have. Both of my parents were adopted, but thanks to DNA tests I now know I’m mostly German.

8) Broadcasting is in my blood. My dad is a vice president of programming and programming director for a radio station in Atlanta, GA, my mom is a radio salesperson for iHeart Media in Des Moines, and my brother is also going to school for communications.

9) My career in broadcasting started pretty young. At just five years old I introduced Sesame Street Live on stage with my dad at the Civic Center in Des Moines.

10) I’ve wanted to work for WHO ever since Erin Kiernan interviewed me back in my senior year of high school for a story on an amazing girl and teammate who battled cancer. #TeamKelsey

11) My three favorite memories so far in my young journalism career are covering Super Bowl LII in Minneapolis, interviewing Hall of Famer Jerry Kramer and trying on his Super Bowl II (Ice Bowl) ring, and getting put in a crossface chicken wing by former WWE wrestler Bob Backlund on camera.

12) I graduated with a double major and certificate in just three years at the University of Iowa. That is why coffee and I are best friends.

13) I have an obsession with owls. I can thank being a member of Chi Omega Sorority for that.

Multimedia Journalist, Whitney Blakemore, joined the Channel 13 news team in October of 2018 after spending three years in North Iowa and Southern Minnesota working for the CBS affiliate KIMT News 3 as a Weekend Sports Anchor. During her time at KIMT in Mason City she covered everything sports from high school Friday night football, to Super Bowl LII.

Whitney earned two Bachelor’s Degrees in Journalism and Mass Communications and Sports Studies, along with a coaching authorization at the University of Iowa. She kept herself busy at Iowa, graduating in just three years total while also working for the Daily Iowan TV, Big Ten Network Student U, and interning at multiple stations including KCRG-TV9 in Cedar Rapids and 680 The Fan in Atlanta, GA.

Broadcasting has always been in her blood. Both of her parents work in radio. Her mother works for iHeartMedia in Des Moines which owns eight stations in the metro including 1460 KXNO, KISS 107.5 FM, and News Radio 1040 WHO. Her father is the Vice President of Programming for Salem Media in Atlanta, GA, and funny enough, used to work in the very building where WHO-HD now resides as a program director for their sister radio stations.

Whitney is thrilled to be back home, growing up in Altoona, IA since the age of five. She’s very excited to make the transition to news (while still helping out with sports) and cover topics Iowans care about most.