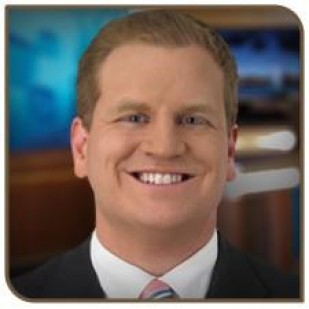 • Speaking of Iowa State, I’m a Cyclones fanatic. I’m a football and basketball season ticket holder and do everything in my power to make it to every game.

• I was known as the “bow tie guy” at my last station in Monroe, Louisiana. I wore one on air during a weekend show, got a lot of positive feedback, and it just stuck.

• My handwriting is AWFUL. Some say I don’t know how to hold a pen, but after 20+ years of writing, the grip isn’t going to change.

• I didn’t own my first car until age 21. That car is still going strong!

• During senior year golf tryouts, I shot 78-74-99. Many of my teammates called me “Gretzky” that season, but it had nothing to do with my skill.

• I have my sunglasses with me at all hours of the day. If I’m not sleeping or on air, chances are that I’m wearing them.

• My favorite movie is The Shawshank Redemption. A good friend and I can quote the movie in its entirety.

• Needles terrify me. I can’t even look when I get my finger pricked.

• I’ve been told I look like Rick Astley. He’s famous for the 1987 hit, “Never Gonna Give You Up.” A Halloween costume in 1980’s attire has been in the plans for years.

• I am CRAZY good at tailgating games. Don’t challenge me to a game of bags. You will lose.

Erik Wheater joined the Channel 13 news team in July of 2012 after spending two years as the weekend news anchor at KTVE, the NBC affiliate in West Monroe, Louisiana. Prior to that, he worked as a sports department assistant at KTNV, the ABC affiliate in Las Vegas, Nevada.

Having grown up in Clive, Iowa, Erik brings local knowledge to WHO. He graduated from West Des Moines Valley High School before earning his bachelor’s degree in journalism at Iowa State University. While at Iowa State University, he was a member of Sigma Phi Epsilon Fraternity, an anchor for the student TV station, ISUtv, and an avid supporter of Cyclones athletics.

In his spare time, you can catch Erik on the golf course, spending way too much time on Facebook, playing a game of co-ed softball, or participating in trivia night at a number of central Iowa establishments, taking advantage of an endless bank of useless knowledge in hopes of earning a few dollars off his meal.

As a co-anchor for Today in Iowa Weekends and general assignment reporter, Erik covers a wide variety of topics for WHO Channel 13 News and always appreciates hearing from viewers. You can contact him by email at erik.wheater@whotv.com or by following him on Facebook or Twitter (@ErikWheaterWHO).