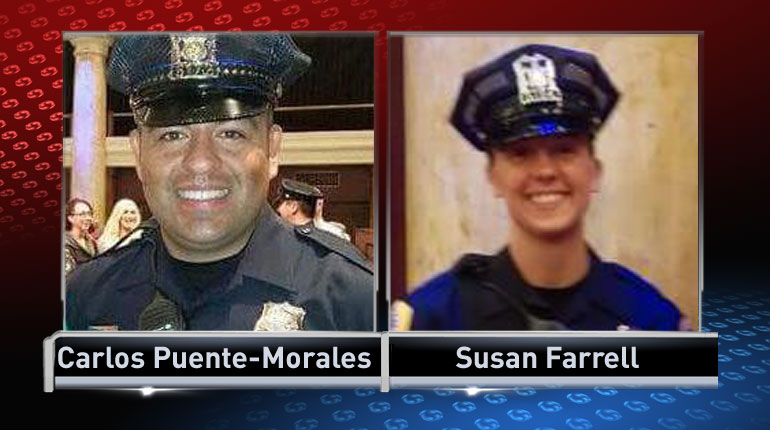 Officers Susan Farrell, 30, and Carlos Puente-Morales, 34, were in an eastbound SUV transporting a prisoner from Council Bluffs to Des Moines when the crash happened. The Iowa State Patrol said another vehicle driving the wrong way on the interstate struck the SUV head-on then burst into flames. 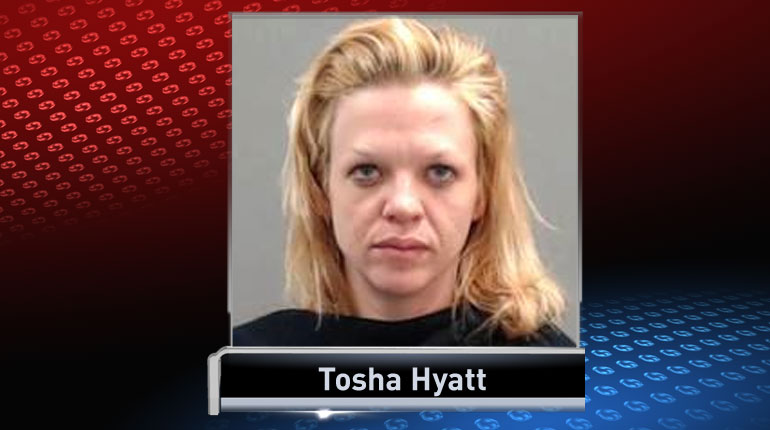 The prisoner being transported has been identified as Tosha Hyatt, 32, of Des Moines. Hyatt was a mother of four children. The name of the driver of the second vehicle is not being released at this time.

"This is a very sad day for the Des Moines Police Department. Words cannot describe the loss to our organization," Des Moines Police Chief Dana Wingert told the media. "We face a nightmare that no one ever wants to experience."

"Please keep the Des Moines Police Department and the families of the victims in your thoughts and prayers in the coming days. We will rally together as a family to get through this," Chief Wingert added.

Parizek said the two officers had graduated from the Des Moines Police Academy in October of 2015 and were well-respected in the department.

"Respect in this organization isn't just handed out, you have to earn it. And both Carlos and Susan earned more than their fair share, starting out in the academy, then coming back out onto the street. And then performing at the level they did," Parizek said of the two officers.

"Her personality, it just - I don't have enough words to tell you how good of an individual she was, and how respected she was here at the jail," said Sergeant Brandon Bracelin with the Polk County Sheriff's Office. "And just walking around here today, you can tell how much she's already missed."

"You know, Susan was very well-respected, and she was just a person you could count on. When there was a serious situation, she was one of the first ones there. I worked side by side with Susan in the jail when we first moved out here in 2008 -- on the response team -- and there wasn't a situation where I wouldn't want Susan with me. She was that kind of person, and she will be missed," Bracelin said.

A GoFundMe page has been set up for Farrell.

"Officer Puente-Morales was a dedicated professional who was always willing to lend and a hand to those in need. He will be missed by his fellow officers and employees of the Ottumwa Police Department," Ottumwa Police Chief Tom McAndrew told Channel 13 News. "Our sympathy goes out to Carlos’s family and friends."

“Our hearts are heavy this Easter weekend on the news of an early morning crash on Interstate 80,” said Branstad. “We’re learning that the crash took the lives of two young Des Moines police officers who dedicated their lives to protecting public safety and were killed in the line of duty. Chris and I wish to extend our sincere sympathies to the families of everyone impacted by this horrific accident.”

Lt. Gov. Reynolds added, “I’m heartbroken to hear this morning of a tragic vehicle crash involving two fallen police officers from the Des Moines Police Department. On this celebration of Easter, it’s very difficult to comprehend how young lives can be taken so quickly. Kevin and I wish to extend our thoughts and prayers to all of the families affected by this terrible crash.”

Gov. Branstad will issue a statement later in the week on lowering flags to half-staff.

Puente-Morales and Farrell are the third and fourth Des Moines police officers to die in the line of duty in the last decade. In February 2008, police officer Roger Hildreth suffered a fatal heart attack while he was running at the police department's gym. Nearly one year earlier to the day, officer Sean Wissink was killed when he crashed his patrol car while traveling to a training exercise in 2007. Before Wissink's death, no Des Moines police officer had been killed in the line of duty in 30 years.

The department is still planning a community vigil for the officers. We will bring you that information once it's made available.

Check back for updates.

This three day event will be filled with innovative exhibitions and educational seminars.

LAS VEGAS (KLAS) — It is less than 48 hours to the Nevada caucus and a new statewide poll shows Vermont Senator Bernie Sanders with a strong double-digit lead.

According to an 8 News Now/Emerson College poll, Sanders received 30.4%, following him is Mayor Pete Buttigieg with 16.9%, former Vice President Joe Biden with 16.1%, Senator Elizabeth Warren with 12.1%, followed by Senator Amy Klobuchar with 11%, Tom Steyer with 9.8%, Representative Tulsi Gabbard with 1.9%, and 1.8% of respondents said they would vote for someone else.

WEST DES MOINES, Iowa – Police in West Des Moines are still working to learn the identity of a body found in a ditch near I-80 earlier this week, but they say the death does not appear to be due to a criminal act.

The body of a middle-aged male was discovered in a ditch along Wendover Road on Tuesday afternoon.