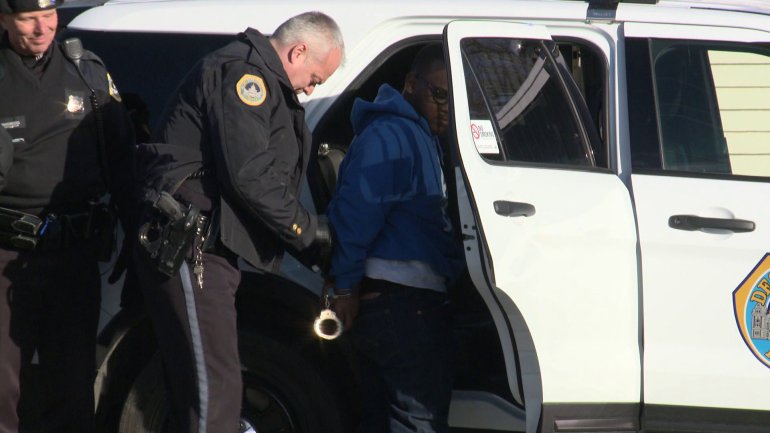 A credit union just north of downtown Des Moines was robbed Wednesday morning and an African market in the same area was robbed Monday.

Police and community leaders say the time of the year may have played a role in both cases.

“Great police work, good witnesses, we couldn’t ask it to turn out any better than it did. Nobody got hurt, no crazy car chases, nothing like that, it worked out very well” said Parizek.

“I think the folks that are going to go ahead and commit a robbery seem to think there is going to be a bigger take” said Parizek.

Meanwhile community leaders say that a sense of hopelessness in dealing with holiday bills can drive people to take drastic measures to support themselves or their family.

“People are hurting” said Representative Ako Abdul-Samad. “Let me be real clear, I’m not justifying, I don’t want to justify it. There’s no reason to take money from someone else because there are some resources out here.  Do we need more resources? Yes we do” said Abdul-Samad.

Abdul-Samad says the criminal who robbed the market said he was desperate.

“The gentleman came in and apologized and said ‘I’m sorry, but I have to feed my family’” said Abdul-Samad.

Meanwhile, the market’s owner says this marks the third time her store on Euclid Avenue has been robbed.

“You can’t trust anybody now. It’s been happening over and over again, and that’s not right” said Joyce Atta-Opoku. “I’ve been working hard to support my family too. Whoever did that needs to work in order to feed his family” she said.

Representative Abdul-Samad agrees, and says finding work for desperate people would help solve a lot of problems. He likens it to the proverb of giving a man a fish, or teaching a man how to fish, but takes it one step further.

Abdul-Samad says his goal is to create a systemic fix, and hopes the man who robbed the market reaches out to him.

In the meantime Creative Visions offers a food pantry with extended holiday hours from 9:30 a.m. to 7:30 p.m. Monday through Thursday; and from 10 a.m. to 2 p.m. on Saturday.