DES MOINES, Iowa -- Democrats have had plenty to say regarding the Supreme Court nomination. So has Iowa Sen. Chuck Grassley, and now, Donald Trump.

We need to figure out what this means and what happens next.

Steven Colloton is a judge on the U.S. Court of Appeals for the Eighth Circuit Court. He is from Des Moines, is a Yale Law School graduate and was appointed by President George W. Bush.

Joan Larsen is a Michigan Supreme Court associate judge. She was born and raised in Des Moines and has a Bachelor’s degree from the University of Northern Iowa.

Crawford says that Trump released the list to dig himself out of a hole after he said his sister would make a good Supreme Court justice.

Both Crawford and Gross agree that Colloton would be a good pick.

“He was bred, raised, educated and employed to become a Supreme Court justice,” Crawford said.

“If there will be an Iowa member of the Supreme Court, it would be Judge Colloton,” Gross said.

A number of Democratic groups have come together in retaliation of Sen. Chuck Grassley over his stance on Supreme Court nomination hearings. Crawford said that while it might be overkill, it will not be long-lasting.

"Senator Grassley has been there a long time. He’s been in the Senate going on 36 years. He’s been in elective office going on 60 years at a time when term limits are extraordinarily popular,” Crawford said. “It’s created a bit of an opening. I’m not going to say he’s likely to lose, but I think the situation is one where you could see a close race.”

Four Democrats want the chance to knock off the five-term incumbent in the Senate. Tom Fiegen, Rob Hogg, Patty Judge and Bob Krause are running to challenge Grassley as the Democratic nominee. 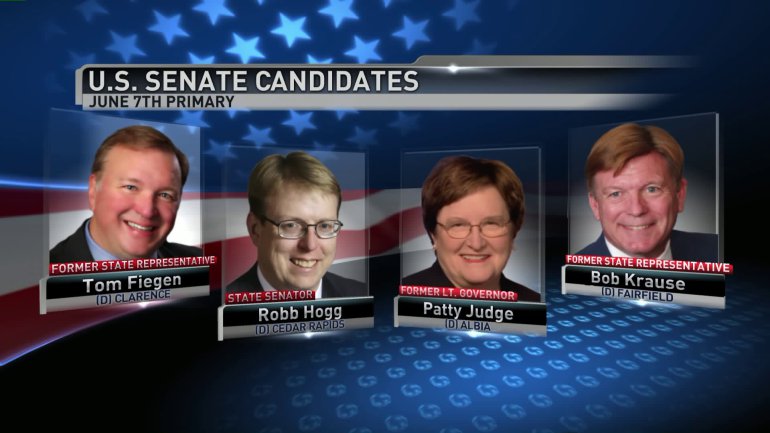 Gross and Crawford discuss the likelihood of each candidate succeeding.

Nevada is making Iowa’s caucus concerns look like nothing. On Part 2, we’ll discuss if the politicians and parties are responsible for the chaos in this year's presidential race.

About the Insiders
The Insiders with Dave Price features in-depth conversations with top politicians, decision makers and influencers from Iowa and across the country. It's Iowa’s Sunday morning tradition that provides unique insight into what's happening, and it's the show that holds elected officials accountable.

WGN spoke exclusively with Blagojevich as he arrived to the Denver airport to catch his flight home to Chicago.