DES MOINES, Iowa -- The State Historical Museum has an $80 million plan to downsize and remodel as a way to solve long-standing problems.

A recent report shows the museum’s administrators with the Department of Cultural Affairs used money earmarked for those updates to pay salaries.

Three administrators used $176,000 from that planning fund to pay a percentage of their salaries. State Sen. Matt McCoy said what they did is legal, but he said he wants to make sure it never happens again.

McCoy co-chairs the Rebuild Iowa Infrastructure Committee. He said he was surprised to find that the museum used a portion of a $3.6 million planning fund to help pay their salaries. 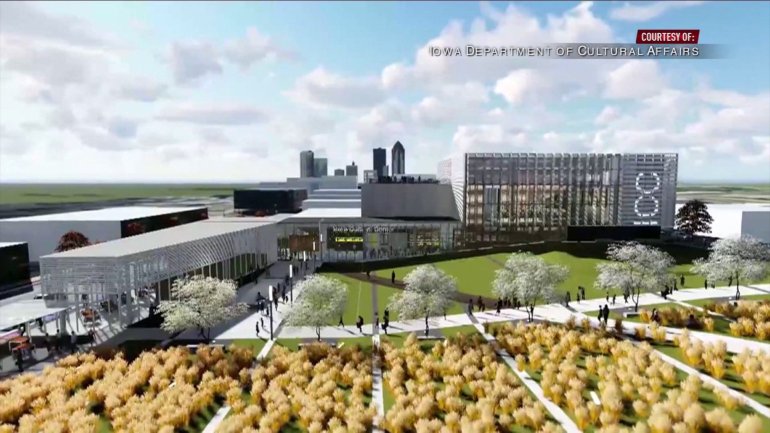 “I was under the impression that they were going to be investing in the planning process for putting the professional plans together, the architectural renderings and the overall ‘how do we manage the collection,’” McCoy said.

The Department of Cultural Affairs released a statement saying that using that money was appropriate because given certain staff dedicated time to the planning process. A portion of their salaries used these appropriated funds, which was allowable and approved by the legislature. This is a stance McCoy doesn't agree with.

The museum's administrator's salary normally comes from the general fund, which leaves $176,000 of that money unaccounted for.

"The budget they submitted had all those salaries in it for the purposes of running their budget, and what they did with those dollars, I really don't know at this point. But that is certainly an obvious question I think the director will have to answer to,” McCoy said.

The senator also said he’s concerned over what he’s calling a loophole, and he wants to make sure the language in new appropriation bills would prevent this type of thing from happening again in the future. McCoy said he wants to know what happened to the $176,000 that was supposed to pay for the salaries out of the general fund.  He wants to know what that money was spent on, instead.