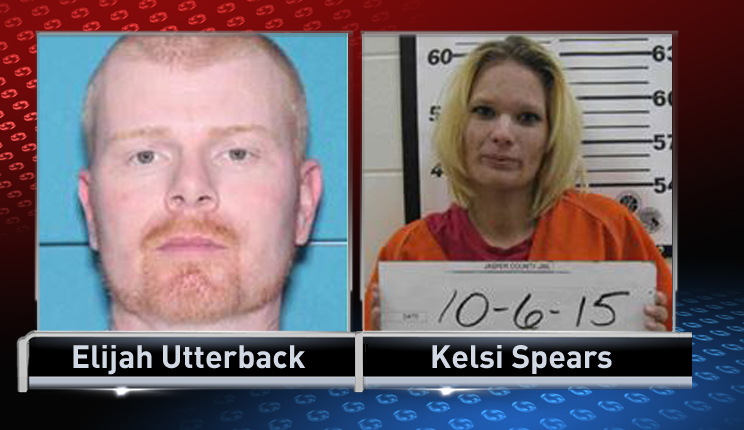 JASPER COUNTY, Iowa — Two people are behind bars for going on a crime spree through multiple cities.

The two allegedly assaulted a person inside then took off in separate cars. Spears led officers on a chase through Newton, but he was eventually arrested. 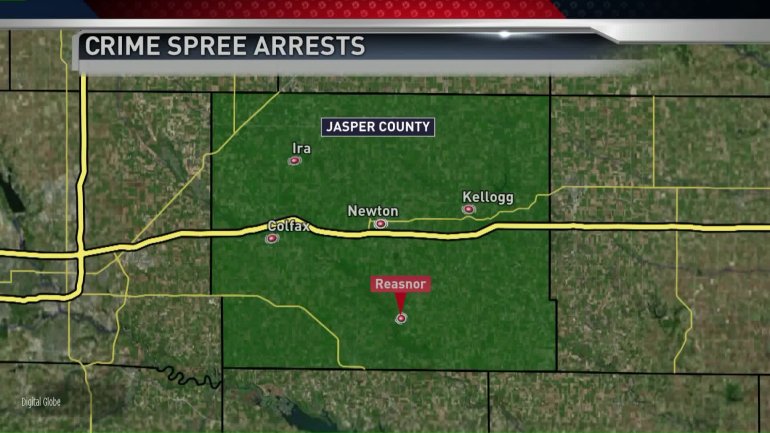 Utterback left his car and fled from officers on foot. Officers set up a perimeter and he was found hiding under a tree. He was arrested and is also facing multiple charges, including first-degree burglary and second-degree theft.